One of the questions people ask me most often is about the security situation in Marrakech. On a general level this question is usually framed as “Is it safe to travel there?” Then, more specifically “Is it safe on the streets?” Given the relentlessly negative outlook of large sections of the foreign press to everything to do with Muslim culture and society I suppose these questions should not surprise.

The security situation in Morocco and more specifically in Marrakech is one of the great attractions of living and working here. The King of Morocco and the elected government have provided a multi-level approach to the current terrorist threat and it works. In fact, Morocco is seen as an example to follow in it’s approach to dealing with the issue. Morocco collaborates closely with it’s allies in Europe and North America and provides protection to Europe’s southern flank. The last incident in Morocco was in 2011, over five years ago, proving that the current approach is successful.

As well as the publically acknowledged policies as can be seen in the recent article above, Morocco has a quite unique advantage in terms of internal security. Cigarette sellers. Let me explain.

Moroccan society is fundamentally a feudal system. In Marrakech the city is organised into urban areas known as quarters. Each quarter has a hierarchy of local personalities reporting ever upwards. It starts on the street corners where cigarette sellers sit day and night selling single cigarettes to the local population. They are the eyes and the ears of the city. They know who lives in the area and who doesn’t. So they are able to report to the local chief, or to the local police, any strange happenings in a security context. The local chief passes the information on to the Caid, the area Chief, who will report to the security services anything worth reporting. In this way the local population contributes significantly to the overall security of visitors and locals alike. So as well as having a visible security presence around monuments and other sensitive places, the authorities get real support from the inhabitants of this peace loving city. 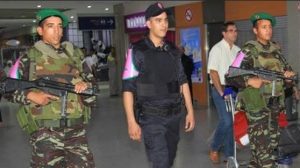 And make no mistake – the Marrakchi population is determined to keep this city peaceful. Nobody here wants to see the type of incidents that have plagued other North African countries, not to mention European cities in recent times. With Heads of State and the worlds press beginning to gather for the United Nations Conference on Climate Change in Marrakech – COP22 – this fabulous destination has never been safer.

Personal safety is a seperate question. Marrakech is a sprawling urban environment and brings with it the normal risks and perils of a modern city. Pickpockets are very skilled here and the throngs of people in the souks and markets mean that the visitor must take basic precautions to avoid losing that new iPhone or a wallet. I myself have “lost” two phones in the years I have lived here.

And some quarters are safer than others. Some of the modern suburbs can feel intimidating at night. And some quarters of the old Medina can feel threatening in the dark. Incidents are rare, yet due care must be taken. It’s best not to walk alone late at night in an area you don’t know well. During the daytime, some areas are rife with “false guides” – usually groups of young men offering you assistance and directions as you wander around the Medina. They will nearly always insist on being paid for the “help” they offer you. This is an annoyance more than a danger. A specialist unit of the local police was set up ten years ago to deal with the phenomenon and has had some success. The problem persists in quarters away from the main tourist attractions. 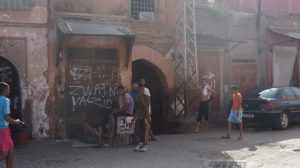 In summary I would say that Marrakech is a particularly safe city to visit and to live in. Gun crime is unheard of here. The terrorist threat appears to be well contained. Personal safety on the street is generally very good, with all the provisos that being in an urban environment carries. As the good news about Moroccan security gets progressively into mainstream consciousness in the West, so the attractiveness of Marrakech to both visitors and investors grows. Long may it continue.

Bosworth Property Marrakech can be reached 24/7 on +212658025028 or by mail colin@bosworthpropertymarrakech.com. You can also contact us using the form below.