My visit to the UN Climate Change Conference being held in Marrakech right now was not quite what I expected. I expected COP22 Marrakech to be a vast hybrid event with impeccable organisation and a real feel-good atmosphere – and it was. What surprised me was the presence and active participation of hundreds, if not thousands, of young Moroccans. 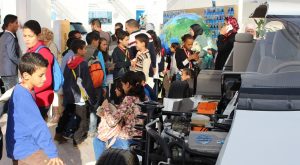 Schools had obviously laid on day trips to the event. The children were avid consumers of the new technology on show. And they also showed keen interest in the more social aspects of environmental change. Not For Profit stands were dealing with the youngster’s questions and explaining the importance of quality environments for them and for their families. 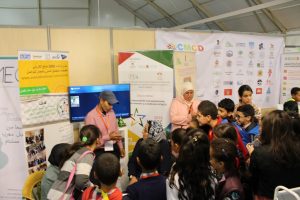 I came across people from all over the world – either animating a stand or just visiting. And the heady mix of nationalities and ages was quite intoxicating. It’s true that Morocco still has a long way to go before it catches up with the Nordic reality of clean streets and clean air. Yet the recent ban on plastic bags is being well applied and the massive Nour solar plant near Ouzarzate is already online. The Government seems determined to make Morocco a leader in Africa when it comes to environmental progress. And the presence of so many young people today was heartening. 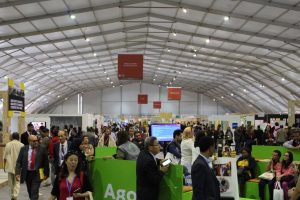 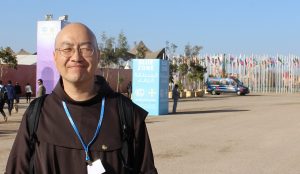 As I wandered around the sprawling exhibition halls a thought struck me. It wasn’t the big, expensive stands run by multi-national corporations or governments that were attracting attention. It was the smaller and much more modest Not For Profit groups that had the most visitors. There were some astonishing audio-visual displays which were totally empty, while little hand-made stands were buzzing with people networking and chatting. 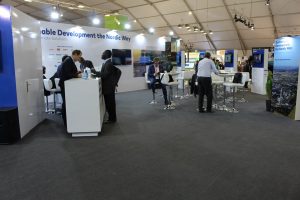 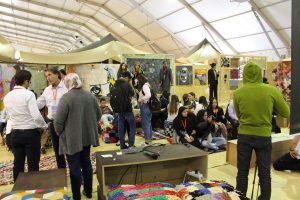 While here a more informal NGO stand is buzzing

The organisation of the event has been top class, it’s fair to say. Many exhibition halls are open to the general public free of charge. There are restaurants and facilites in abundance. Public transport is plentiful … as are the carparks and bus parks. Security is very visible as you approach the event and yet once inside there isn’t a uniform in sight. COP22 Marrakech is a clear marker of Morocco’s capacity to organise large scale events to the highest international standards. 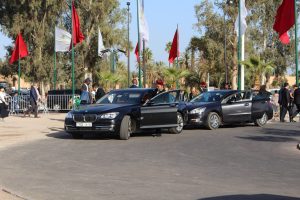 Another delegation arrives at COP22 Marrakech

The weather has come to the party too. It rained one day last week, yet otherwise we have enjoyed blue skies and temperatures in the mid twenties centigrade for the duration. As a member of the Congolese delegation told me – “COP22 has been much better organised than COP21 in Paris … and we’ve got amazing weather too!” 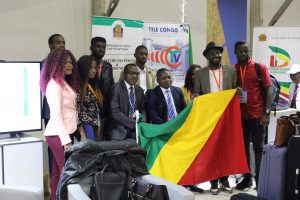 I had a great time at COP22 Marrakech. To see the youth getting interested was new for me in Morocco. And it’s very refreshing, as the older generation are very stuck in their ways and very unaware of the challenges facing Morocco and Marrakech on an environmental level. Hopefully, the young ones will show them the way. 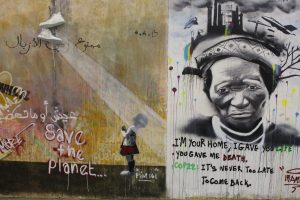 Some powerful graffiti on a stand at COP22 Marrakech

Bosworth Property Marrakech can be reached on +212658025028 or by mail colin@bosworthpropertymarrakech.com or by using the form below.